Every year, for the past four years, heating installer Eddie Irons from Southampton has undertaken one installation entirely for the benefit of local charities and his latest annual install donation has supported Oakhaven Hospice – a palliative care facility near Southampton. He requests support from heating manufacturers to provide the equipment free so the payment for the job can be passed on to charity without deductions for any of the equipment used in the installation.

At the time of the installation, Eddie employed an apprentice – Henry Williams – whose mum died in the facility when he was young and that was enough for Eddie to select the hospice to benefit from the donation.

The installation took place at the home of Allen and Bridget Dixon in Hythe. There was another link to the hospice in that Bridget had previously worked at the hospice so she was more than happy to see the cost of the installation donated to Oakhaven.

One of the companies asked to support this charitable event was Henrad Radiators, part of the Stelrad Radiator Group. The company donated five of its Henrad Compact radiators to provide heat around the home. Other equipment donated included the ATAG ic Economiser 27 supplied by boiler manufacturer ATAG and pipework and radiator valves supplied by HPS – Heating and Plumbing Supplies – in Millbrook along with other supplies by PC Building Supplies of Hythe.

Eddie was also grateful to other trades who helped out on the installation.

“It’s become an important thing for me to do every year,” says Eddie. “This year was quite a poignant one with my apprentice having lost his mum early in his life at Oakhaven, so I was delighted to be able to donate the full cost of the installation – £4,500 – to the hospice at a time when they so badly needed help with funding. The pandemic had hit their income drastically and any donations were more than gratefully received as you can imagine.

“I’d like to thank Henrad and all the other companies that helped with this installation. It’s only through their generosity that I can do this and I’m already looking forward to doing the same again next year for a local charity.” 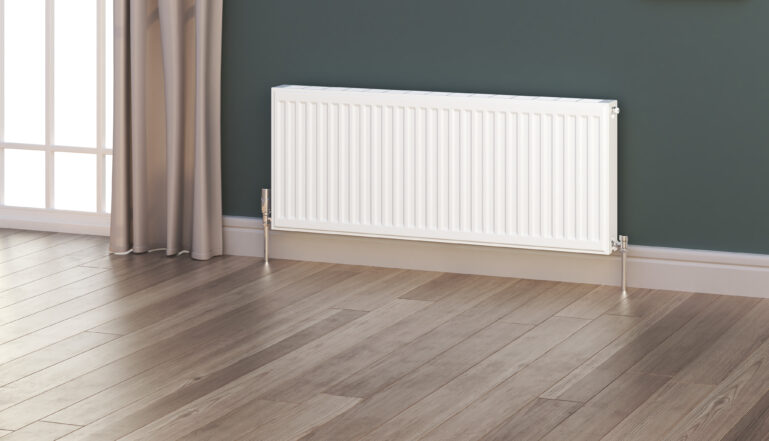